Not that this galge is very long but it is pretty wordy. 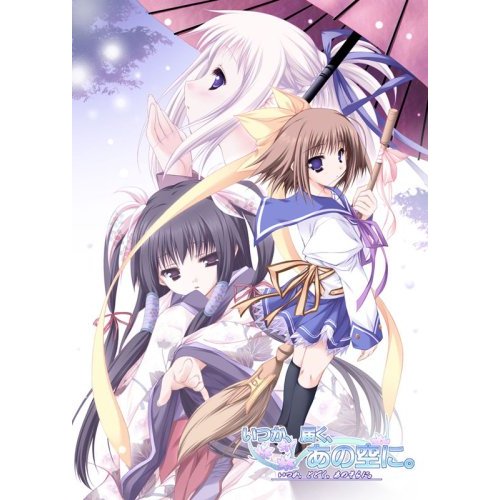 Sooooo Another Lump of Sugar review… First one was Tayutama. I unfortunately never played Nursery Rhyme before. I have heard a lot of good comments about it though. You can check it out and tell me about it ^^;

In any case. On with the story.

You start off as Tatsumi Saku… A young man who is going to live in another city. The city he’s moved to is a place that looks untouched by the age of new technology. His new house is a pretty big one and traditional (damned i love this kind of housing… should make a 3d model of them or something). In any case, he reaches his new home without many problems. But when he goes in, he realises someone else is also inside. Turning around, he finds a girl (futami) kneeling down. “オマエのヨメになる、ふたみだ。”. (I am your wife). Wooo~ Wish I had situations like these. 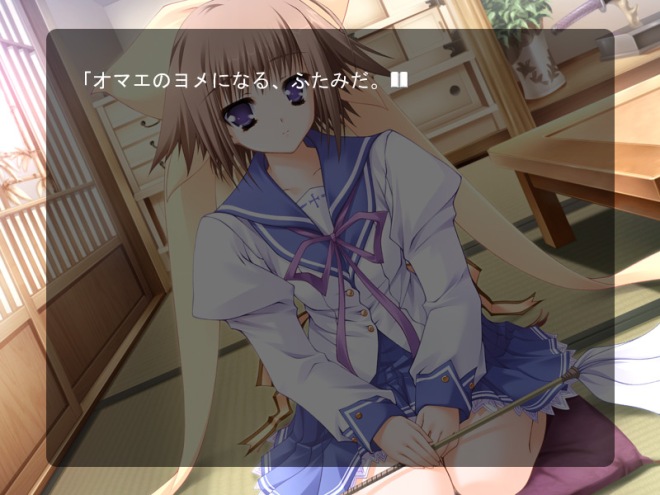 In any case after all that crap is done, he realises that this city is wrong in many ways. Going to each girls route would show their past and their true faces so as to speak (or write).

IMO story in this galge is very much important. Very story driven. You get chunks of text a lot. Oh and best if you have a considerable amount of japanese language knowledge to play this because they use formal terms a lot. And I mean like old formal terms.

I do think this story has too many fantasy elements though. I expected something less…. uhhhhh action packed. Not that it’s bad but when the story started going into the fantasy side I started to lose track of the story because it was going all whacky.

Im going to post a galge rant post after every review now since I have no idea how to get a spoiler tag for wordpress. So im just going to write another post filled with spoilers. 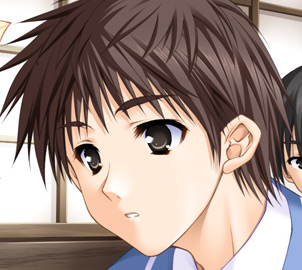 So your not so usual everyday guy. He’s born in a family of talented people.  But he doesn’t have any special talents (or so he thinks anyway). He’s pretty serious. Also kinda forces his wants on others sometimes. But overall he’s your pretty general nice guy type of person. 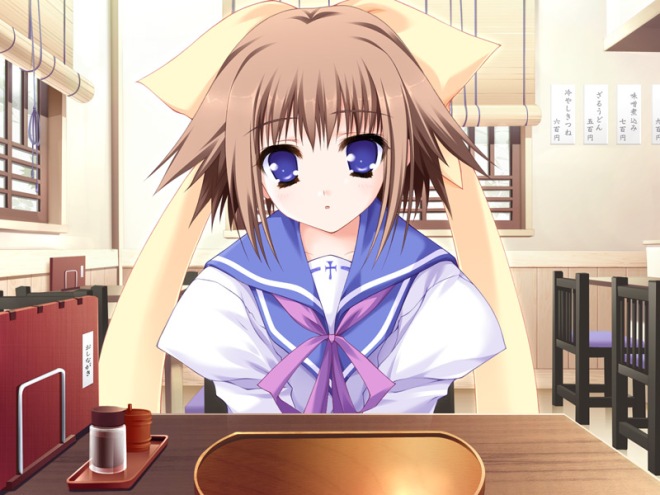 Proclaims to be his bride. Loves cleaning a lot. Also loves sour(was it I forgot) stuff. Whenever she does anything for Sakum she says it’s what a bride should always do. She knows quite a lot of different things but she’s lacking in knowledge for some crucial parts. Generally cute and just a bit dumb kind of character. Normally has quite a poker face. Her constellation is Gemini. Her family is one of the most powerful families in the city. 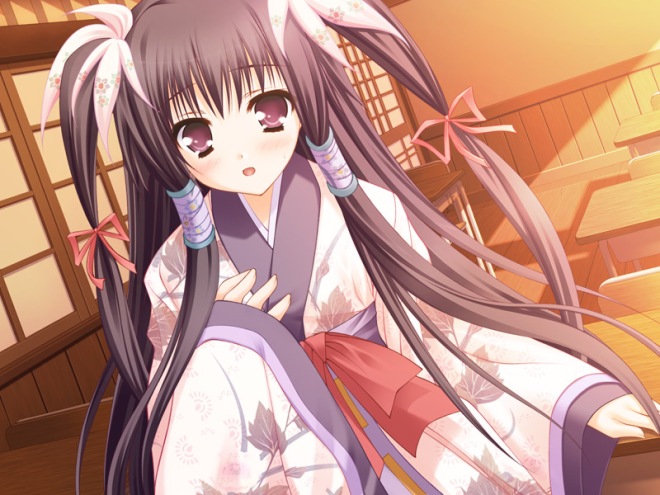 The お姫様 (princess) character in this story. She clearly wants Saku to hate her even though she harbours some feelings for him. She fails miserably every time though. She’s from the other powerful family in the city. Her family is at daggerheads with Futami’s family though. She gets irritated by Futami sometimes but always maintain her composture. She’s also very VERY “good” in cooking. 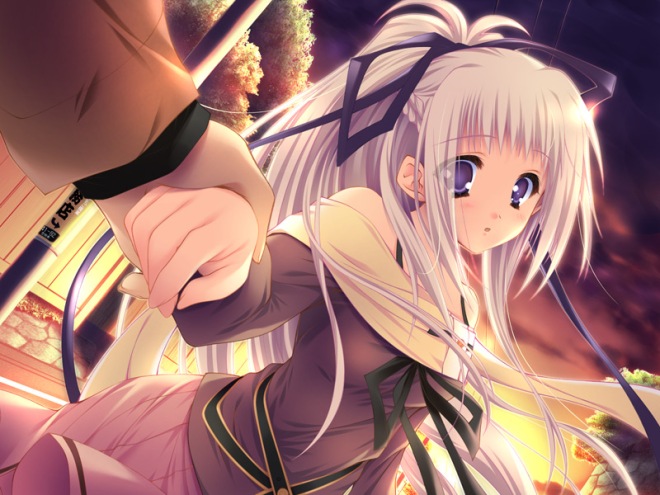 She’s pretty mysterious. She always carry around an umbrella. And somehow she reaches out into the umbrella and takes out food. Stuff like katsudon or ramen. Mysterious. I want a skill like that too. She eats a lot too.  She is also considered a bg sister to Futami. She always make statements that affect Saku a lot. 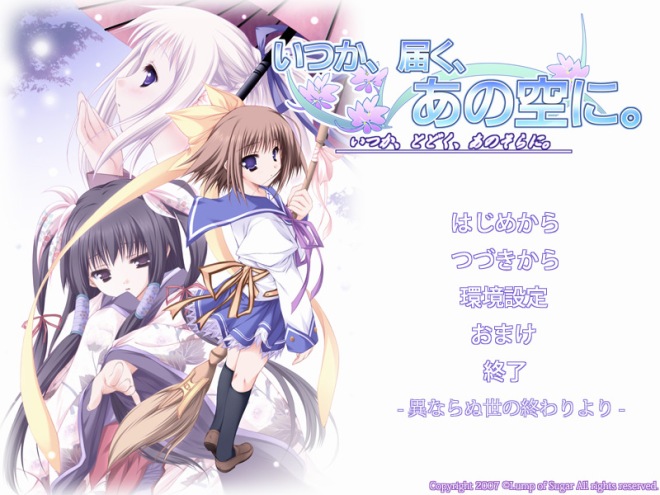 So we start off with of course the title screen. Pretty nice. White is my favourite color. 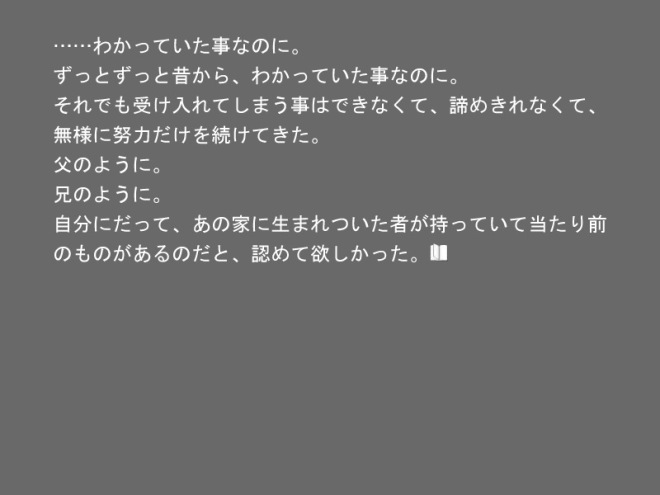 Unlike the other galges, This doesn’t have any other kind of text other than the full screen text. No complains though since it’s pretty well done. 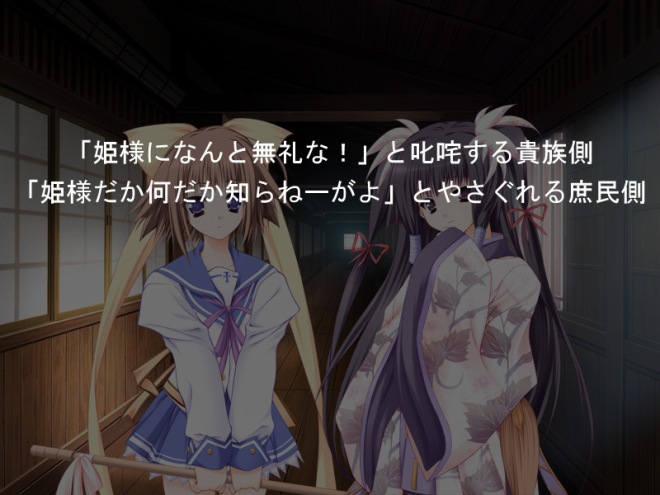 There aren’t a lot of choices in this galge. I think there weren’t more than 5. That’s why this galge is very story driven. (as opposed to kara no shoujou which had like a shitload. Nightmare that was) 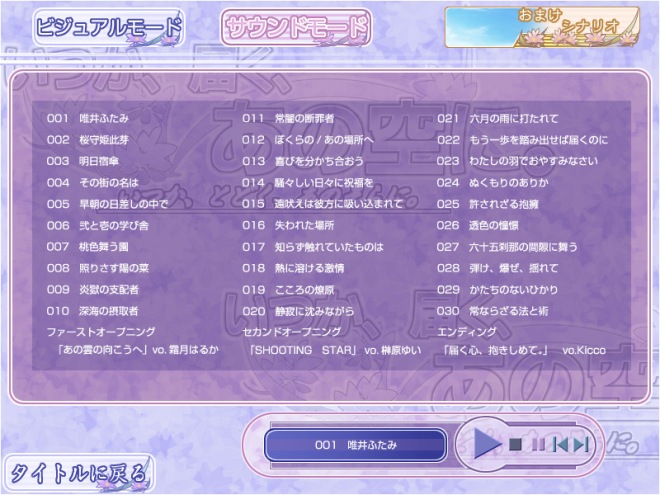 Music wasn’t anything too special. It did bring out the mood but the tracks themselves were typical. 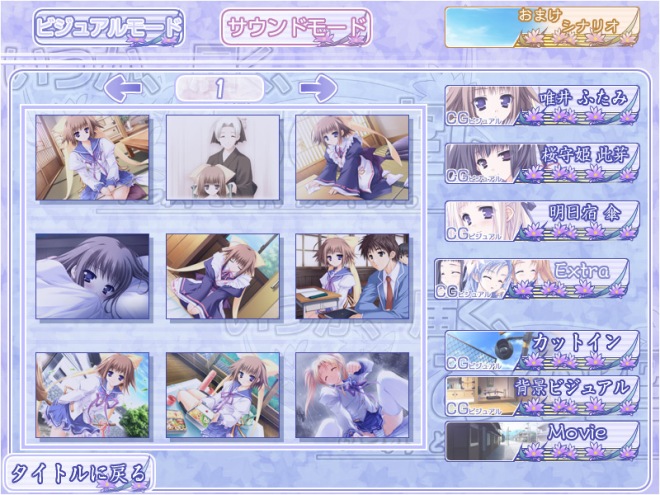 Cgs were drawn well as expected from lump of sugar. They weren’t really repetitive.

However the effects were typical ranging from spins, zooms and curved light. And the occasional blood splatter. Even though most of the galges out there don’t really focus on trying to make the fight scenes more detailed in terms of visual enjoyment, I do hope that someday they’ll actually put in more effort into making it a heart pounding experience.

There was only one H scene for every character. Which reminds me. I get irritated when it’s only one h scene and they can switch positions like 5 times without ejaculating. I mean are their bodies made of steel or something. Rubbing together only produces heat and not feelings. ._.

So all in all:

Play this if you want a story driven game. It’s not exactly very visual. More like a novel for most part. It has it’s ups and downs. It’s up to you whether you like story driven galges with a touch of fantasy. If you’re trying to look for a good galge though, I can tell you this is a good one. At least it won’t bore you. Just remember that You have to clear Futami’s route before being able to play the other two girl’s route.

Oh and i wished meme had a route. Dayum 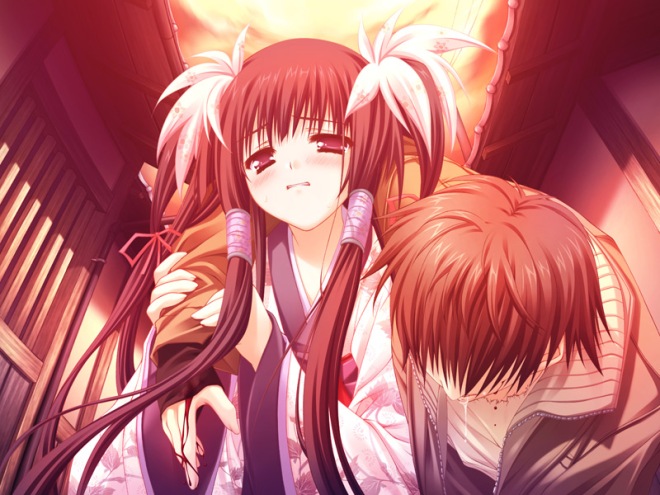 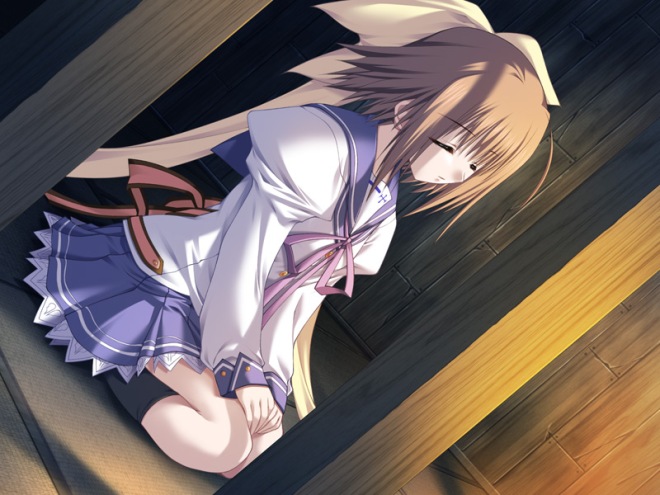 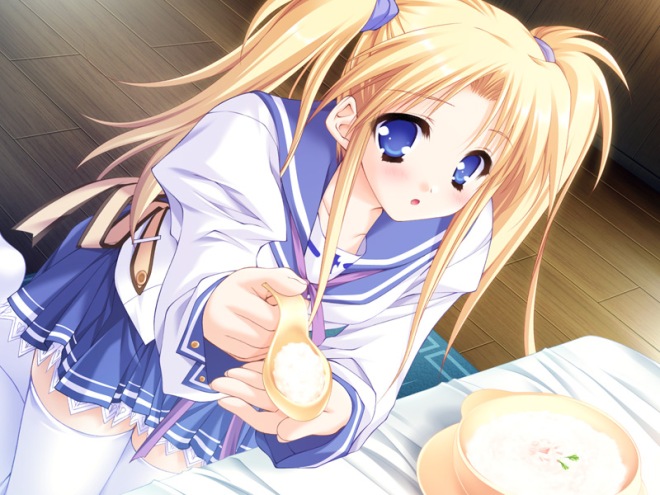 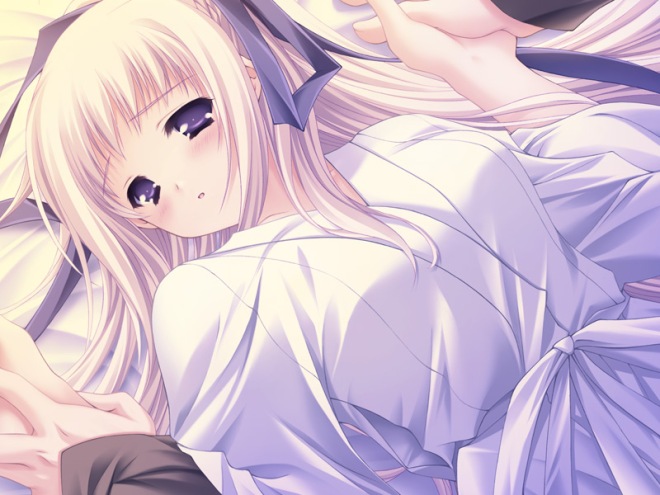 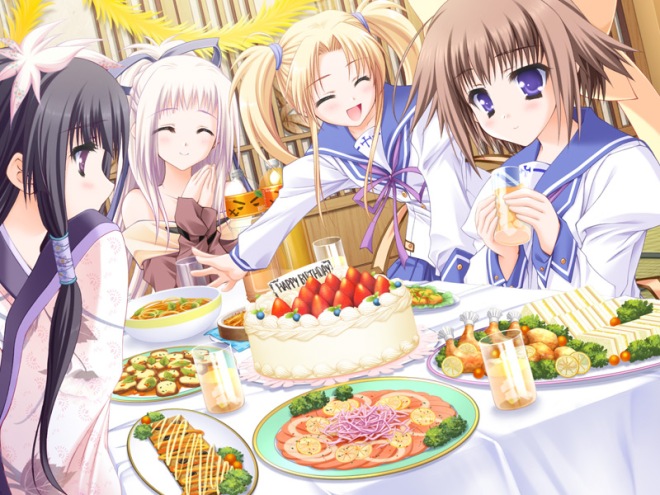