This eroge made me crack up one too many times. Now I can’t walk properly >.>;

Next up SHOULD be Stella Theater unless someone psyches me to go play 仏蘭西少女. 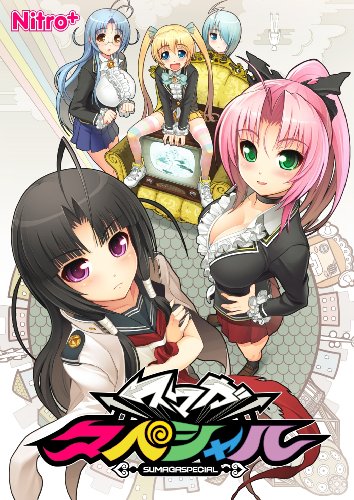 Scenario = 下倉バイオ (Creator of Gekkou no carnival, one of my favourite eroges of all time. Effing crazy this guy XD)

HAHAHAHAHAHAA. I CAN’T STOP LAUGHING. GOD. THIS EROGE IS KILLING ME. DAMNED THEY SHOULD MAKE ANOTHER ONE.

That was me 1 hour ago. XD. In any case I would like to recommend you to try Sumaga before you try this. Unfortunately you will NOT enjoy this eroge if you haven’t played it’s predecessor. Your head will have a permanent ? on it. In any case you should just try Sumaga if you haven’t. It’s too hilarious and fun to not play it.

If you haven’t heard of Nitro+ after all the stuff that has happened, well… I have nothing to say. In any case, Nitro+ is a wooooooonderful company that makes excellent quality eroges. There are some fan translations going on out there (which got stripped because they partnered with JAST). Still, they’re a wonderful company. Gekkou, demonbane, Saya no uta, Jingai Makyou… etc, etc. Awesome.

I guess everyone who played this should be familiar with the story. Lawl. After all you had to read it more than 10 times to complete the eroge. Hahahahaha.

So I’M NOT EXPLANING TO YA! YOU GO PLAY IT AND SEE FOR YOURSELF. WAHAHAHAHAHA.

Ok maybe I’ve been drinking a lil too much.

In any case, this eroge is HILARIOUS. I mean, I’ve seen funny eroges, really funny eroges, but the scale of those are miniscule compared to this. I think it even adventured beyond slapstick into something totally new.

Of course, it still retains the story, though it isn’t anything as dark as Sumaga was, but everything is still about the armagest, witches and zodiacs. Oh and you get yuri action too. (/0_0)/ 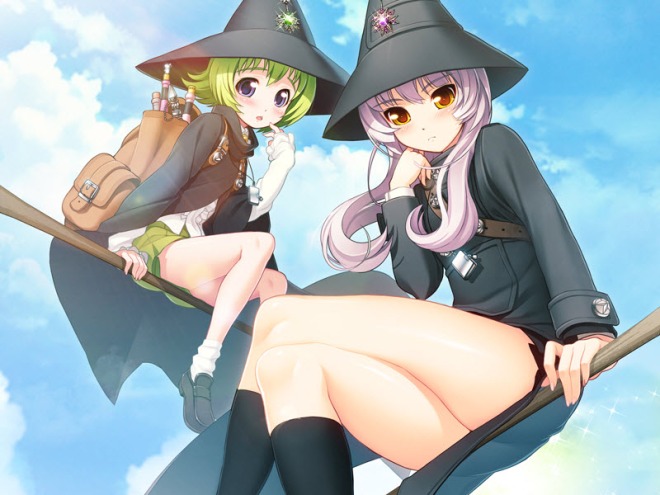 In Sumaga Special however, the focus is put more on the two newcomers, Deneb and Capella. Somehow, they are the only two Etoiles (witches) left in that small world. SOMEHOW =3.

And yes, you get a lot of confusing and nonscensical stuff yet again. Mad potions, poisonous delusional mushrooms and much much more.

Also, the point of this eroge is totally different. You don’t revive much. More like I don’t think I even revived more than 2 times. The motive is different. Details will be in the systems category. 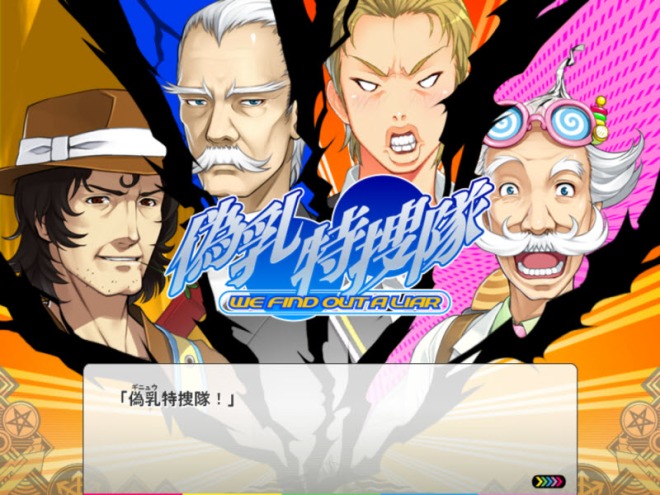 In short? Story is uhhh between the lines of confusing and whacky. But it is there. And it’s pretty well written too if you actually took a step back after reading through the entire eroge.

Since I haven’t done any Sumaga review yet, so there ain’t no character intros yet SO LET’S GO BABY.

I absolutely adore her. She’s a genius Etoile, but still a normal girl. Tsun Tsun dere dere personality with awesome style and she’s extremely cute when she’s scared. No really. I mean her face is AWESOME. She’s a soloer though, doesn’t like to group with people. She doesn’t get as much screentime in special as I hoped, but still that doesn’t change the fact that she’s cute =3

She has the biggest assets in the game, but is kinda an introvert. Wears that blue jersey all the time. She’s extremely poor and is always under a lot of stress. Sniper class. I don’t like girls like this, so I’ll pass.

The extremely active loli girl. She’s crazy, lives with a mad scientist and she head butts the protagonist whenever she see’s him. Loli fans will be happy that although she doesn’t look like it, she is above 18. Her specialy is close combat with her whatever-you-call-that rush skill.

Student council president. She walks around with a polearm. And yes she’s COMPLETELY FLAT. Behaves more like a guy than a girl. Has an entire army under her command. She’s at daggerheads with Amaho and fights with her almost everytime they meet. She also has a thing for neko cosplay…. =3 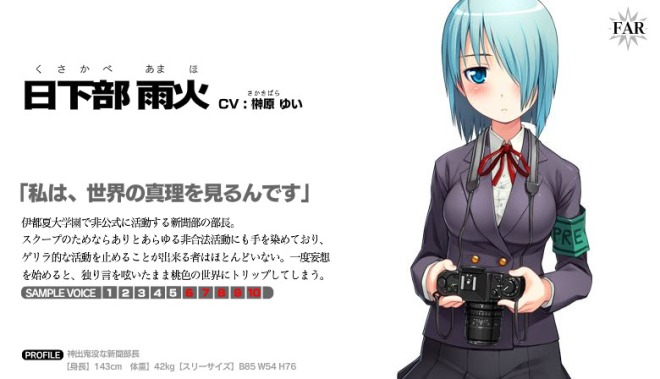 This here is a absolutely mad girl. She’s a mysterious leader of the newspaper club. She has all kinds of infiltration and ninja skills that rival even the etoiles. But, she’s a total nympho. Yes. Pretty damned extreme. She likes going to her own delusional world too. Sexual delusions that is.

Mysterious leader of the Etoile. Also the person that the protagonist is living with. She’s untidy, a reckless driver and is angry like most of the time. Still, she’s one of my favourite characters… wish she her story was a lot longer. Sigh.

Let’s start with the new characters now shall we.

She’s one of the two Etoiles that are in the current world. She detests the protagonist as she thinks he’s snatching Capella away from her. Doesn’t like talking much. Reads mystery novels. Has a huge amount of pride. Loves Capella with all her heart. I have no idea whether you can call her a tsundere though. One of the Etoiles that died in sumaga.  I love her hair. Aweshum stuff.

Another loli. She’s the cute kind of loli though. But she’s actually a lot more intelligent than she looks. She’s a lot more outgoing than Deneb though. A very my pace kinda person. Can’t read anything that has too many words. Also one of the Etoiles that died in the past work.

Unlike Sumaga which was flooded with tons of choices, Special is a little different. Interface however looks the same so let’s go over that first before we continue with it’s new stuff.

When you start,  you’re greeted by a can screen. Here, you choose the can you’re going to be using and they have all the completion% and total time shown. This is pretty innovative since this means that a maximum of 3 people can be playing Sumaga Special at once on the same computer without meddling with the save files. So you get your own CG completion% and whatnot.

If it is your first play, you’ll skip through this title screen and go straight into the story. Here, there are all the options you normally have on every eroge. Also, the screen changes if you complete the game. It’s a pretty nice screen that will be in the CG mode too =3.

I have always loved Sumaga’s config. This is exactly the same as the previous one. Really innovative and funky design.

Ok now for the game itself. 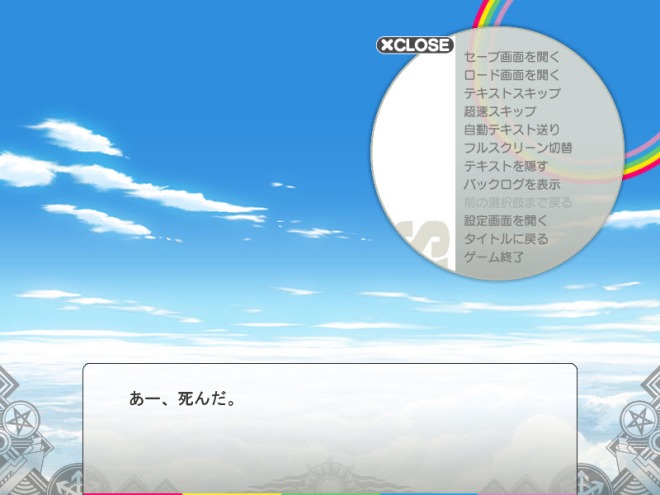 So here we have the text box which doesn’t obstuct anything much. I like the side designs though. Also, there’s the menu which appears when you right click. It has all the awesome options. All of them are mapped onto a key too which you’ll see if your mouse go over the option. For example super skip is mapped on n and full screen is f. 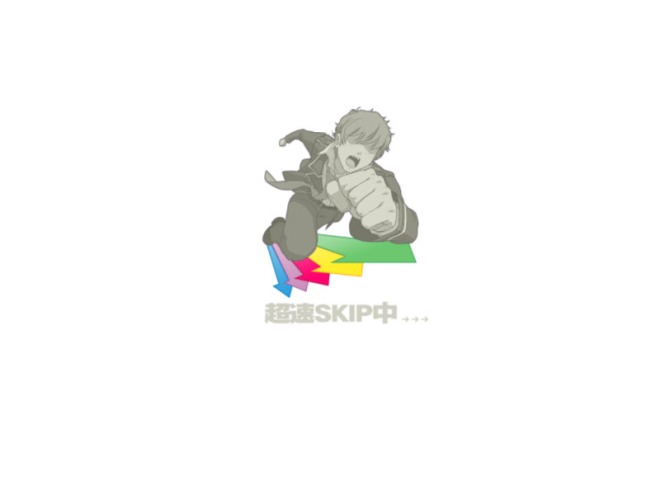 But what is the super skip? It’s a skip option that is TONS faster than the usual one. Except that if you choose this, you won’t see the text or screen progression but rather leap towards the next choice. And when I mean fast it’s FAST. VERY fast.

In Sumaga Special, everything is determined by the days. Choices, dates, requests. Stuff like that are all determined by days so you best remember your dates. According to the walkthrough the least amount of days you need is 70+ if you want to collect absolutely everything in the eroge.

The days themselves are normally split into two parts, noon and evening. Is this important you ask? Of course, because of what happens below.

This, is what makes Sumaga Special different from Sumaga. Because in this story, you’re trying to collect drops. They are books scattered around and they appear whenever you talk to somebody or do something. They trigger memories that the protagonist has forgotten. The more you get, the more you unveil. They also have useful popups on the side that tell you what you have gotten the other day. The running man icon is the skip button btw. You can skip the period of the day if you want to.

This is the memory section. This is where you check up on how much memory you have remembered/collected. Drops are special events that happened in the eroge. Taking pictures of it would be spoiling, so I decided not to.

The candy section is some song like mode. After you completed the entire candy through events, you can play it and listen to the entire tune. I think it is needed to complete the game. 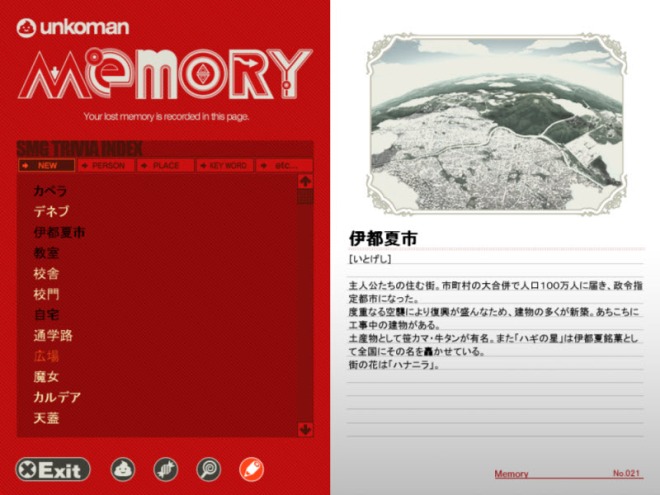 The trivia section where the names of everything that has connections with the protagonist is recorded with an explanation. Helpful if you forgot something. 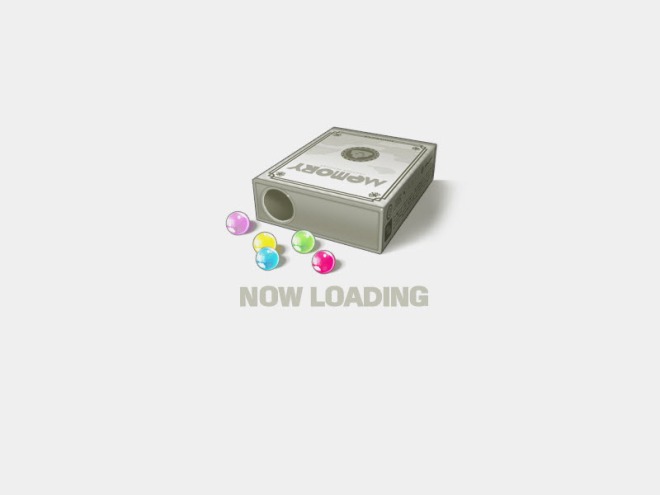 This isn’t really anything special, but I think it’s cool. I’m still thinking whether I should make it out in 3D =< 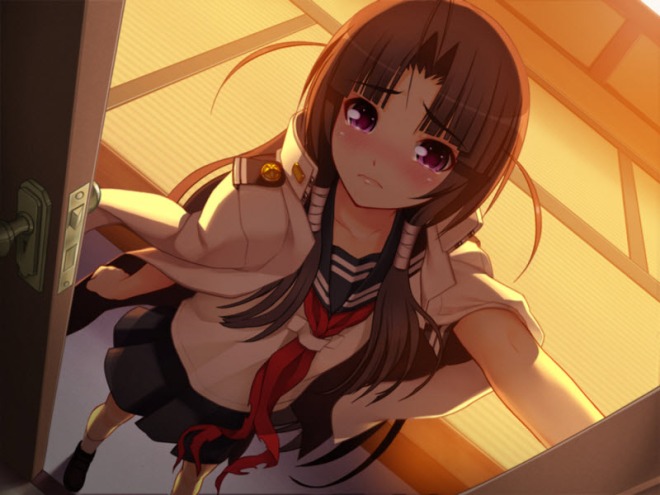 As you can see from most of the screenshots, the art for this eroge is beyond awesome. It is close to the godly tiers of moe art. Emotions are done really well and everytime I look at Spica or Kiki I get an urge to lunge at the screen. Not that it’ll ever work anyway.

What I like though, is that this eroge has 3D elements in it. Maybe because I do 3D too, but I find the blending of the 3D elements to the backgrounds were pretty well done. Not to mention the designs were hilarious.

Animations were wipes, zooms and stuff like that. There wasn’t anything that was close to anime style kinda thing, but it is actually better this way. It’s awesome enough. The art is already enough for me. Any more and I’m going to fly over to Japan and buy everything avaliable.

There are a total of 59 tracks in total. Of course, there are quite an amount of tracks from Sumaga, but still it fits the theme very very well so no problems there. I loved Sumaga tracks cause they all have a sense of fun and life in them. It makes you happy listening to it.

I admit, the main reason I played this was because I wanted to see more of Spica. SHE’S TOO AWESOME.

Ignoring my true self, this eroge contains 10 H scenes in total. Pretty damned lot for an eroge that took me 12 hours to finish. And well… some of the H scenes were…. uhhh…. weird. Well this is a whacky eroge so the H scenes are a little whacky too. Heck who cares. The scenes were very nicely done and the art really captured the emotions. And like Sumaga, it ends with a harem scene. Very much fap worthy material.

Every erogamer should play Sumaga. No questions asked. And then move on to Sumaga Special. Even though it’s nothing extremely groundbreaking, it would sure be a hell of an enjoyable ride till the end and I seriously doubt you can even get bored. You won’t even have the time to get bored. SPICA I’M SO REPLAYING YOUR SCENES => 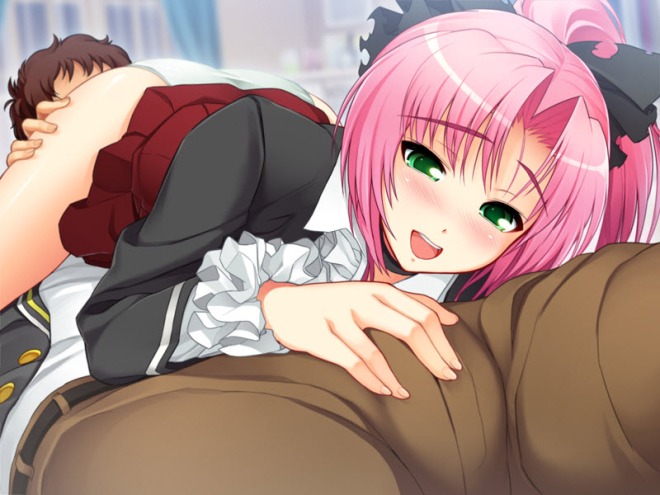