Never been a big fan of Selen’s works since they’re pretty much sex fests. Of course that’s not exactly bad but it kinda grows old on you. Not to mention that the there are uncanny resemblances from two of the characters to a past work Selen has done.

So here we have Selen. You guys have heard of it. Definately. Shakkin Shimai and Shin Ringetsu. They’ve been around for a long time, before 1999 where their first work was produced. My personal favourite from them is Shin Ringetsu. That was pretty good.

So you start as Haruhito, a normal dude who’s living with his two osananajimis as his parents are…. travelling/working around the world. 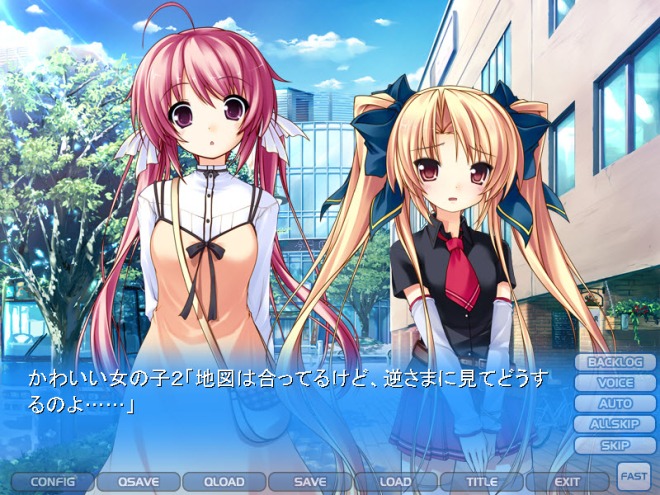 But wait, there’s more. They had to invent an excuse for sex you know. Too bad it goes through too many spoilers so im just gonna sum it up. They meet with Saki (god) and god, being Saki, made a mistake. She casted a…. spell? that made haruhito and the particular girl………………… become rabbits. Well you know what I mean. They’ll get an urge to do each other.

Well this being a sex fest, you can’t really expect much out of the story.

The story itself is very highly repetitive as the only thing they actually changed for the setup is the different characters. Everything else is absolutely the same. The common route is pretty short though so doesn’t really affect much.

The individual routes however are pretty……. lemme show you

That’s pretty much the template for every route so………. sigh. Oh and there’re a few sex I left out but heck, it doesn’t matter.

So Im assuming you get what I mean. This eroge isn’t something that you get for story. Really. 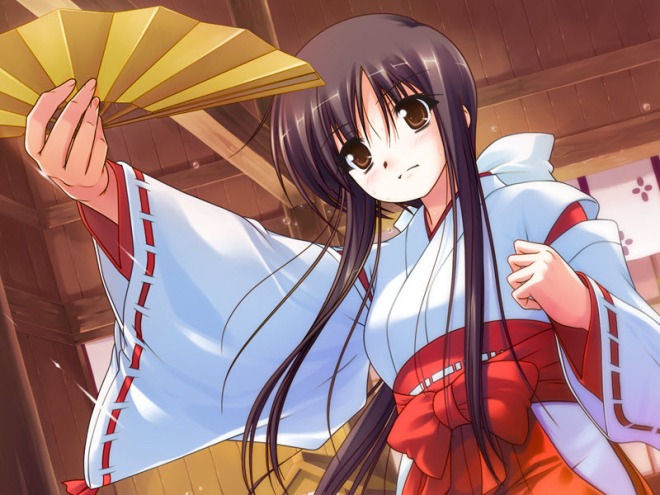 One of Haruhito’s osananajimis. She’s born in the family that manages the shrine so she helps out as a miko. Pretty intelligent and pretty so everyone likes her. She’s pretty scary at home though. =_=;. 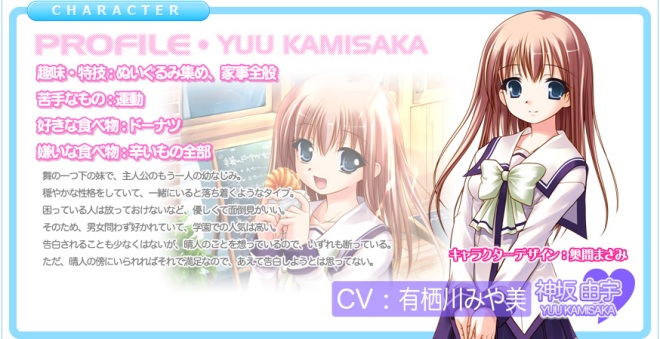 The younger sister of the two osananajimis. She’s the more quiet type. Very popular in school but always turn down guys who ask her to be their girlfriend because she likes Haruhito.  To her, ドーナツは正義だ. 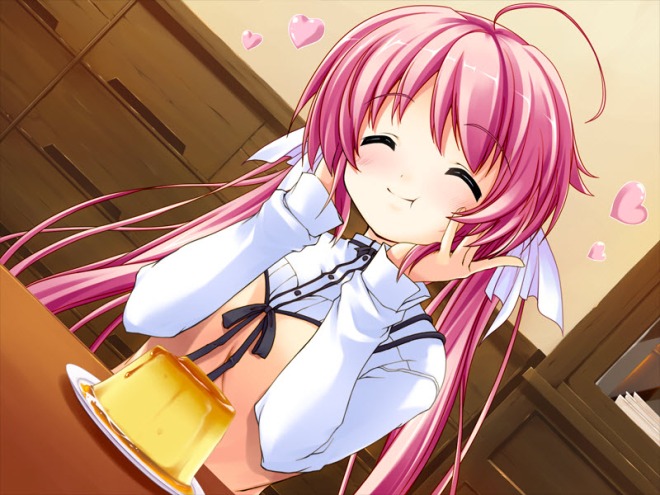 YES YES. Definately my favourite character. She falls asleep anywhere any time. Ridiculously intelligent (though she doesn’t seem to look like it). She doesn’t notice whenever she said something that’s supposed to be a secret… Airhead? She’s a pudding freak. She’s too cute \O/. Im dying.

The Tsundere queen in this eroge. She’s not exactly clever. ALso cares about her almost flat chest a lot, something haruhito pokes fun about and gets half killed afterwards. Cares about Miharu a lot.

Yes the name’s long. She’s god (i hope there are a few of them). She’s uhh… easy to manupilate, makes mistakes quite a bit. But she’s still god so she knows things they don’t and help them out (though the problem was actually somewhat created by her). She hates being called small. 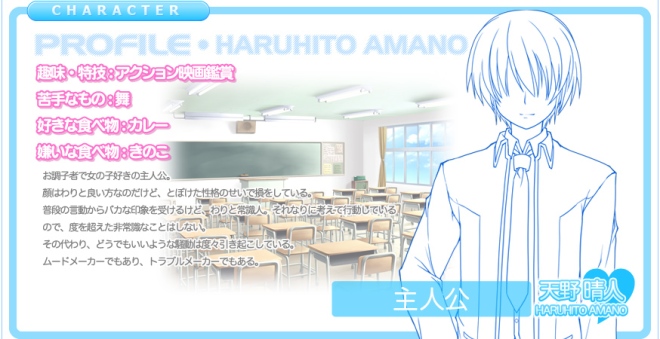 Your somewhat typical dude who gets all the good stuff =/. Not very serious when it comes to studying, interested in sex… So well he’s the usual dude you get.

We start off with the ever so elusive TITLE PAGE. 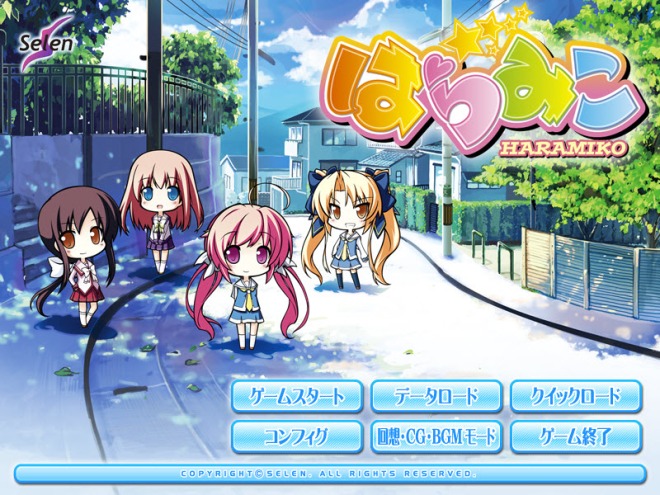 It’s a cute little main menu. You got most of the buttons at first except for the CG BGM which you’ll only get if you finish the entire game which includes the harem route btw..

Config is very decent.. too bad I don’t have the fonts that could be changed.

In case you didn’t notice (NOTICE DAMMIT) they put nifty little buttons on the left side so that you can go to practically all the other menus.

The 回想 menu which lets you go to each and every part of the story so that you can relive the moment. I really like the small thumbnails. It’s a very nice feature.

As for the cg mode….

So you get stuff like these…. Which is really cute.

You can play them as usual with the animations or even have a slideshow. Now thats nice.

So now let’s get into the game itself

Text box is pretty nice since it’s non obstructive and doesn’t blind your eyes. Oh and see the Box that says Slow on the bottom right? That’s for adjusting your skip speed. XD

You get nice transition screens after each chapter of the story. It does a page flip animation. 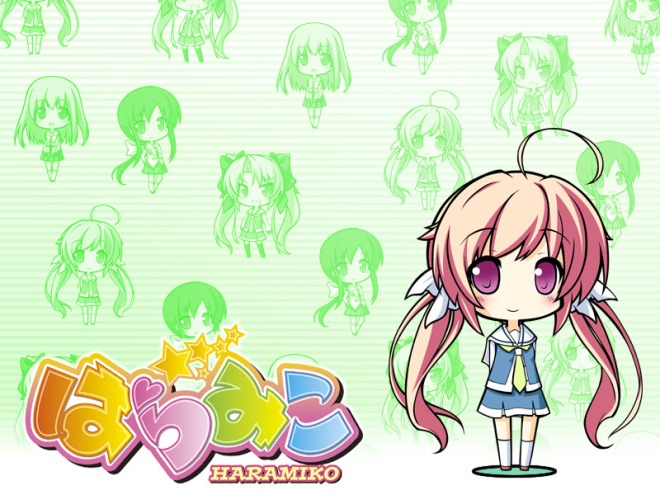 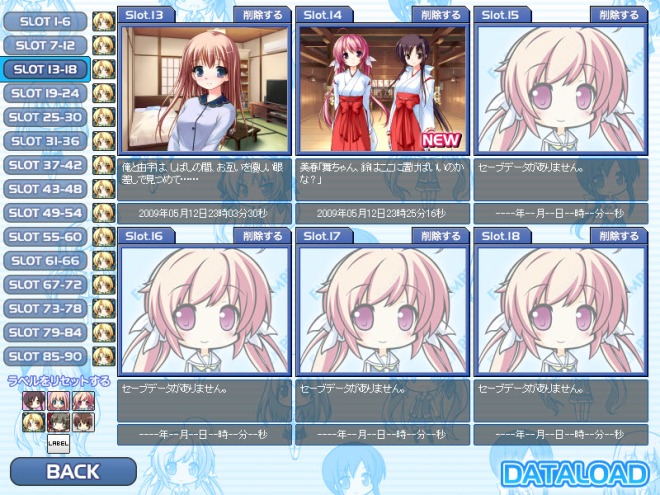 Then we have the backlog with saki’s XD face…. XD 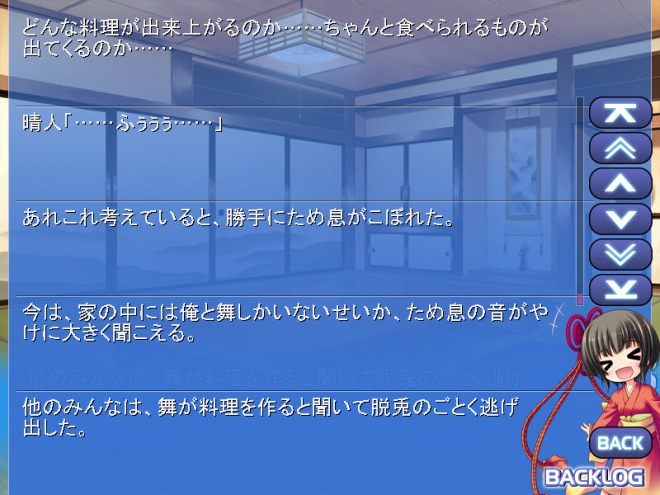 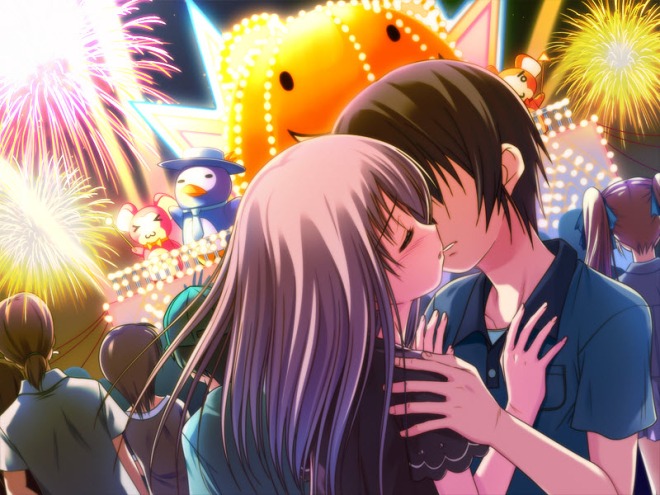 There were however a hell lot of variations of the CGs, something which I like.

Of course there’s the problem with two of the characters looking very much like the Shakkin Shimai sisters……….. I swear they got lazy with the design.

The animated CGs however were a blast to look at and very funny too.

I do think the face is somewhat distracting but heck.

Average BGM I guess. Nothing special since the eroge is pretty short so not much BGM is needed anyway. 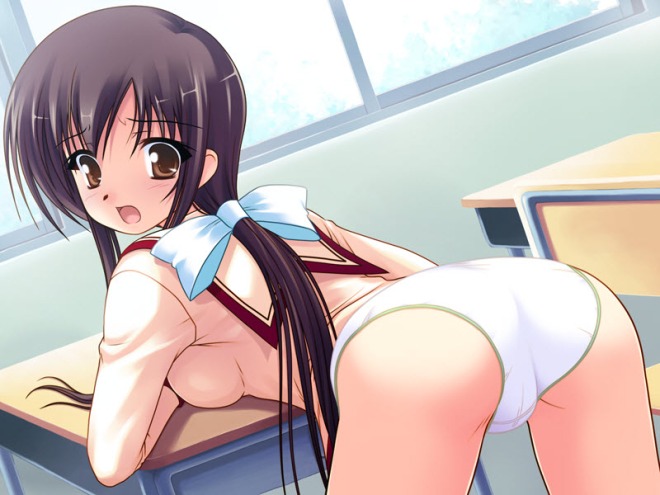 Since this eroge practically REVOLVES around H scenes so you can be sure there are a LOT of fap scenes in this eroge.  I counted around 9 individual scenes for each and Im not including harem scenes.

They were all pretty good in terms of voices and scenario. They didn’t exactly go too edtreme with the scenes so you won’t find SM XD

It’s a decent eroge if you look past the point that it doesn’t have a mind blowing scenario.

Im pretty sure people get this for fap material anyway =D

Im no fan of eroges that are too into sex but this was still ok and I did manage to stick through it. For once. 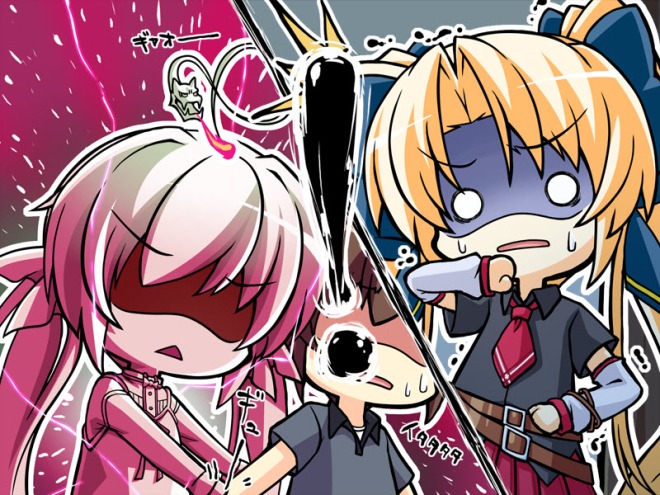 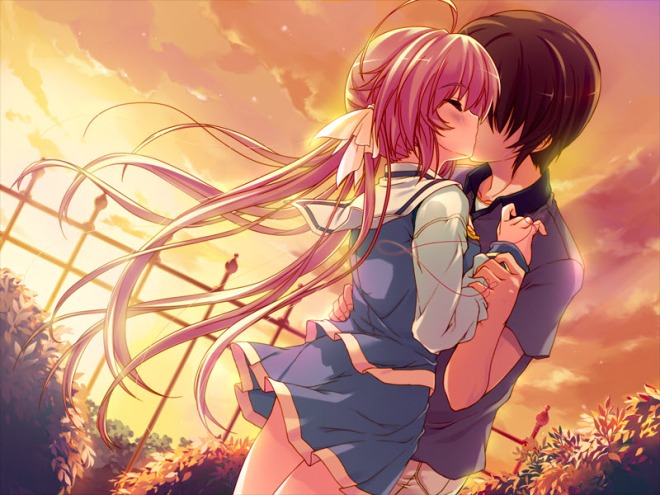